Posted on July 5, 2016 by chrismeadsphoto

On Sunday, whilst in another world-  on another planet even, Mark Cavendish was touring Normandy in his new yellow top, a dedicated group of grass rooters were giving their all in memory of Iestyn Kier and Kirsty Saunders, two young members who sadly passed last year.

Yes it was Mossley CRT Memorial Races at the Tameside Cycle Circuit in Ashton Under Lyne. Proceeds from the day were going to Manchester Childrens Hospital and Child Death Helpline and a strong turnout witnessed a spread of events throughout the day from under 8s through under 10s,12s etc. In short a thumping good family day!

As I arrived the U16 boys race was underway. A lively and vocal crowd cheered, cajoled and issued orders to their chosen jockeys. An age old tradition passed through the generations occasionally resonating and generating success (see Mark Cavendish opening paragraph)

The track is flat with the occasional hairpin to test skill and brinkmanship but generally suited to a diesel engine rather than a goat. Furthermore a strong April wind (in July!) played a great part in separating wheat from chaff and taught the youngsters an instant lesson regarding teamwork and cooperation. Nobody could surely take the full brunt of the elements and come out on top?

And so it was that after an hour of racing it boiled down to a 10 ish up sprint for the line. Coming out on top was Jack Ford from Albion Cycling followed by Oliver Rees Holmfirth CC and Isaac Peatfield Bolton Hot Wheels. There was some fine talent on show, names that will come up again in the future. 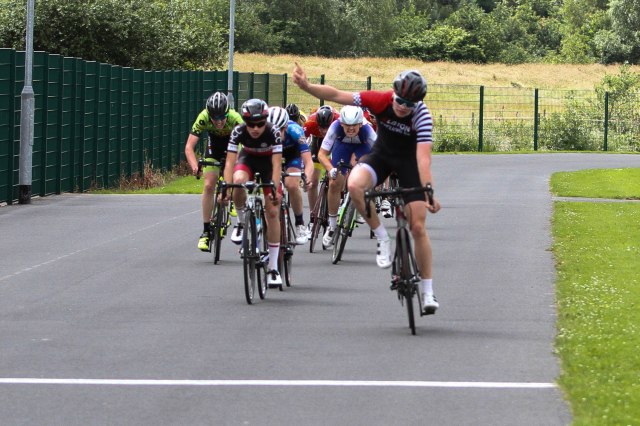 The main event was the womens race. Again run over an hour and this time won by first cat racer, Rebecca Rimmington of team WNT.

Rimmington broke away early on and miraculously, conditions considering, managed to stave off the bunch for the entire duration. Intelligent racing from the peloton, sharing the workload through and off, through and off was all to no avail and the final sprint was merely for the consolation prizes. Second was Flora Gillies Team 22 and third Ellen McDermott Team Jaden Weldtite

As I said previously I only witnessed the Under 16 boys and the women’s races but can surmise from this that the whole day was a success and a fitting tribute to the two youngsters. The organisers at Mossley have ambitions to make this an annual event, and why not? Good talent on a crowd pleasing tight circuit and a good spread of events is a sure fire winner. All for a good cause to boot. Count me in for next year.

Full results are available on British Cyclings website https://www.britishcycling.org.uk/events/details/147410/Mossley-CRT-Memorial-Races and a full set of photos from the U16 Boys and Womens are free to download from http://www.chrismeadsphotography.com 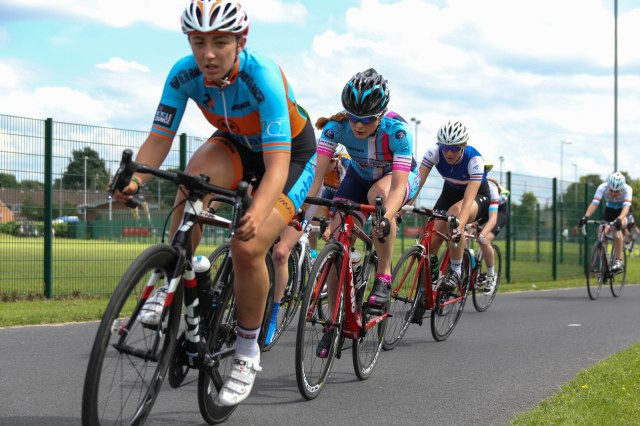 A Concerted Chase Ends in Vain