Posted on November 22, 2017 by chrismeadsphoto

It goes with the territory that when you photograph a travelling circus such as cycling you travel with it. If the circus pitches its tent in Southampton or Northampton or Little Hampton then so do you. This of course is one of the joys of the sport. You get to see new places, encounter fresh challenges and arrive home in the dark knowing that you have got an evenings worth of editing to get stuck into long after the two wheeled pugilists you have spent the day with have turned in for the night.

But what is this? A top level cyclocross event at Haigh Hall? THE Haigh Hall in the picturesque market town of Wigan? You know the one that’s just up the road from Meads Towers, literally a 6 minutes and 42 second drive away. Bingo! No getting up an hour before I go to bed and driving down those narrow country lanes. (You know the ones with grass growing down the middle, where farmers in tractors strategically run at you once you have passed the last passing point for 5 miles). Yes, some events are local, this is true, but this one is mega-local, its hyper-local, why its greased light…….. Dont get carried away.

Haigh Hall Country Park is undergoing a transformation at the minute. As well as the Hall being converted into a sexy looking hotel, new shops and visitor attractions are springing up and the place is becoming a bit of a leisure time destination in the area. If you want to play crazy golf surrounded by Triceratops and Brachiosaurus you can. If you want to ride a zip wire from a giant pine tree to Mr Softys ice cream van, then you can. All it is really missing is a weekends worth of top class cyclocross racing which thanks to Roy Hunt and his team was suitably rectified last weekend.

I arrived prior to the V50 and Womens event with enough time to sample a healthy! meat and potato pie in the recently refurbished cafe, and full of vigour and enough calories to have sustained me on one of Benedict Allens tribe searching meanders through a PNG jungle (can’t believe his malaria tablets dissolved in the rain. Put them in a watertight container, Benedict. Don’t you now anything?)

Onto the race then and it really was a terrific course. Plenty of rain had left it cut to ribbons but not the usual claggy mud (in my humble opinion) more of a loose, somewhat as I subsequently heard it described, loamy texture. The course itself had been thoughtfully laid out to provide a wide ranging challenge, ups, downs, off cambers, bridges, roots, yes just about all that is good about a top drawer cross circuit.

The V50 was won by Manchester Wheelers stalwart, Mick Style. Style led from the start and never really looked in any trouble as he comfortably held off Lancashire Road Clubs Chris Dwyer. 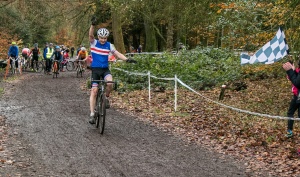 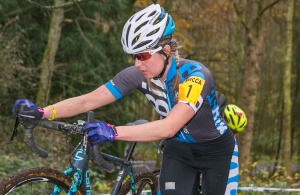 In the V40 legendary outdoor sport nutter, Dave Haygarth (Here Come the Belgians) took his first victory of the cross season ahead of a fast finishing Adrian Lawrence. These guys are really old, like seriously ancient (I can say this because they are still younger than me) but their athletic prowess belies all of this. Seriously they would be holding their own in the senior race, no question about it.

Onto the Mens Seniors then and as we have seen so many times at so many venues over the years it was a dominant display by the excellent Giles Drake. He may not even recognise a fellow cross rider as there never seems to be one in front of him. From start to finish he led unchallenged, finishing over two minutes ahead of Tom Martin with Martin Woffindin in third place. These two are great athletes and in a Drake free world would be regular residents of the top step themselves.

As is usual at these events the crowds were large and noisy, the kids were having a ball and the general atmosphere was fantastic. It was great to see so many kids competing and who knows the next Tom Pidcock/Helen Wyman may be amongst them cutting their early teeth and ready to burst onto the scene. It would be nice to think also that a few locals at the Park who unwittingly stumbled across the event would be going away captivated by the sport and eager to learn more, for this is how it starts for some. 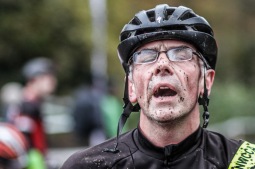 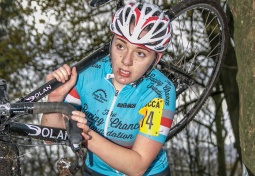 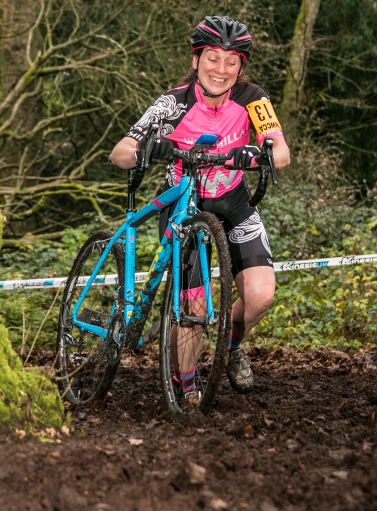 Unable to attend the second day on Sunday, I know I missed out on such luminaries as Nick Craig and Amira Mellor but I was happy that I had witnessed a great days racing on a fantastic circuit and with superb organisation. And I don’t know if I mentioned this, it was all in my back yard (not literally). Roll on next time Haigh (must be an arable based pun in there but I am struggling “rolling in the Haigh….no. Make Haigh while the sun…..forget it. Make your own up.